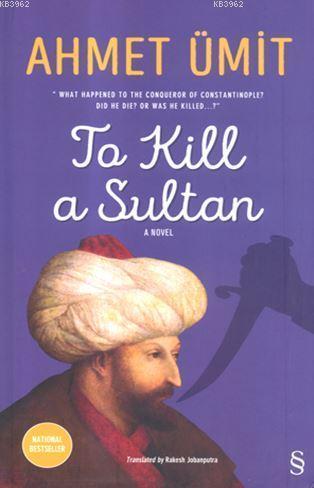 Yabancı Dilde Edebiyat Kitapları
To Kill a Sultan
Yazar : Ahmet Ümit
Çevirmen : Rakesh Jobanputra
Yayıncı : Everest Yayınları
Fiyat: 42.00   Liste Fiyatı : 42.00
Ürün Satışta. ﻿
Favorilere Ekle
Adet
Sepete Ekle
Satın Al
Hakkında
Yorumlar
Resimler ve Dosyalar
Müştak Serhazin, last scion of the Serhazin clan. A man who has been waiting for years for one woman, his life wasted on one grandiose love. On his love for an ambitious, indomitable woman who has dedicated her life to the study of Ottoman history... A professor with an outstanding career, one studded with triumphs and achievements, found dead, stabbed with a letter-opener featuring an engraving of the seal of Sultan Mehmed the Conqueror... Is it a crime of passion or a murder with roots that stretch back to the suspicious death of the great Sultan Mehmed himself? An epic journey back in time to the heady days of victory and betrayal when the Ottoman state became a global empire. And an ancient question haunting us throughout this exhilarating journey: is history the events of the past or is it what the historians tell us?
Sultan Mehmed Han. Mehmed Han, son of Murad Han, son of Mehmed Han I. Lord of the two lands and the two seas, shadow of God on Earth, natural successor to the Roman Empire, the emperor who conquered Constantinople. And a man with a burning desire to create a completely new nation, embracing peoples of different faiths, languages and creeds. An army galloping across vast plains and the sound of swords, battle cries and shrieks of terror. Cities falling, castles captured and states crumbling into ruin one after the other. A ruler whose name was known throughout the known world by the age of forty-nine. And the eternal, unchanging hand of destiny, as day fades into night and man passes away into the next world. The suspicious death of Sultan Mehmed the Conqueror, and a state and a palace torn asunder as, unbeknownst to the people, the two princes vie for the throne. And, as the bloody battle rages on, in a forgotten chamber of the royal palace lies the lifeless body of Sultan Mehmed the Conqueror...