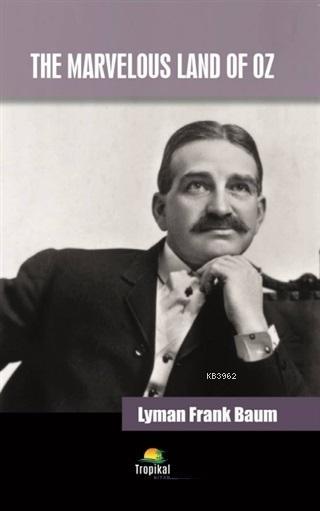 Roman - Günümüz
The Marvelous Land Of Oz
Yazar : Lyman Frank Baum
Yayıncı : Tropikal Kitap
Fiyat: 30.36   Liste Fiyatı : 30.36
Ürün Satışta. ﻿
Favorilere Ekle
Adet
Sepete Ekle
Satın Al
Hakkında
Yorumlar
Resimler ve Dosyalar
In the Country of the Gillikins, which is at the North of the Land of Oz, lived a youth called Tip. There was more to his name than that, for old Mombi often declared that his whole name was Tippetarius; but no one was expected to say such a long word when Tip would do just as well. This boy remembered nothing of his parents, for he had been brought when quite young to be reared by the old woman known as Mombi, whose reputation, I am sorry to say, was none of the best. For the Gillikin people had reason to suspect her of indulging in magical arts, and therefore hesitated to associate with her.