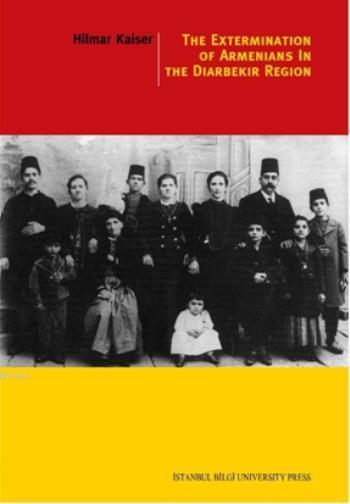 Bölgeler Tarihi
The Extermination of Armenians in The Diyarbekir Region
Yazar : Hilmar Kaiser
Yayıncı : İstanbul Bilgi Üniversitesi Yayınları
Fiyat: 50.00   Liste Fiyatı : 50.00
Ürün Satışta. ﻿
Favorilere Ekle
Hakkında
Yorumlar
Resimler ve Dosyalar
The Extermination of Armenians in the Diarbekir Region is a study based largely on neglected sources from Turkish and Armenian archives covering the years 1908 to 1915. It discusses the rise of the Committee of Union and Progress, the nascent Kurdish nationalist movement, and the annihilation of the Ottoman Armenian population. The deportation and massacre of Armenians was a complex process with central authorities in Istanbul, regional governors, and local elites competing for control. Consequently, decision-making, deportations, assimilation policies, the seizure of Armenian properties as well as the settlement of Kurdish and other Muslim groups appear in a new light. Rather than following a strict preconceived plan, Ottoman authorities regularly implemented ill-defined policies. Often they followed suggestions from governors.
Consequently, local officials had a more radicalizing impact on overall anti-Armenian policies than hitherto assumed. Many others, however, offered determined resistance. Neither the Committee of Union and Progress nor the Ottoman bureaucracy had unified in persecuting Armenians. The book does not present the developments in the region in a dichotomous perspective but emphasizes complexities beyond the governing paradigms and opens new avenues for research and discussion..

YAZAR HAKKINDA: Hilmar Kaiser received his Ph. D. from the European University Institute, Florence, Italy. His research focuses on late Ottoman social and economic history. He has published numerous studies including Genocide at the Twilight of the Ottoman Empire, in, Donald Bloxham and A. Dirk Moses (eds.), The Oxford Handbook of Genocide Studies, Oxford University Press, Oxford, New York, NY, 2010.