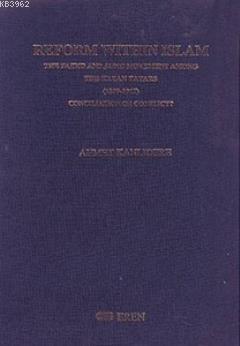 Reform Within Islam; The Tajdid and Jadid Movement Among the Kazan Tatars 1809-1917 Conciliation or Conflict?

While Tatar reformism has attracted many scholars, its religious aspect has been neglected. A misleading portrait of the Tatar reformers is conveyed, by either underestimating their impact or overlooking their religious concerns. This study, therefore, is primarily concerned with the revivalist aspect of the Tatar renaissance and the effectiveness of the reformist Tatar 'ulama' in the transitional period of Tatar society.

I wish to acknowledge my deep gratitude to Professor Edward A. Allworth and Professor Kathleen R. F. Burrill for their extremely valuable criticism, advice, and encouragement. I am also grateful to Professors Pierre Cachia, Richard W. Bulliet, Peter S. Cowe, and Mark L. Von Hagen. Their observations clarified issues and broadened my field of vision. I especially want to thank Pardis Minuchehr, who helped me a great deal with her critical questions and discussions, as well as Arye Barkai, Caroline Sawyer, Recep Şentürk, and Shahrbanou Tadjbakhsh for their comments. In addition, for their special courtesy in offering valuable pictures and visual sources important for this work, I want to thank in particular Professor Nâdir Devlet and Dr. Nesrin Sarıahmetoğlu.

This dissertation uses the following transliteration systems: 1. For Kazan Tatar in Arabic script, Professor Edward Allworth's Nationalities of the Soviet East: Publications and Writing Systems (New York and London: Columbia University Press,1971) .2. For the Russian Cyrillic alphabet, The Chicago Manual of Style system.3. For Ottoman Turkish and Modern Turkish and Arabic, the International Journal of Middle East Studies system. In the English transliteration of Arabic letters, a simplified system is used without diacritics, except for ' for 'ayn and ' for hamzah.