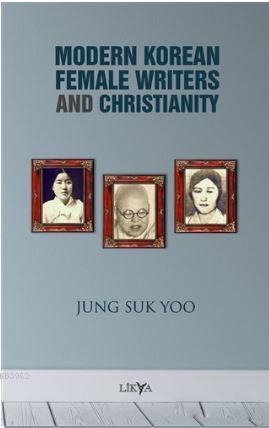 Yabancı Dilde Kişisel Gelişim Kitapları
Modern Korean Female Writers and Christianity
Yazar : Jung Suk Yoo
Yayıncı : Likya Kitap
Fiyat: 20.00   Liste Fiyatı : 20.00
Ürün Satışta. ﻿
Favorilere Ekle
Hakkında
Yorumlar
Resimler ve Dosyalar
Ever since I began studying modern Korean literature in the graduate school of Korean language and literature at Korea University in Korea, I have had and pursued an interest in the lives and works of modern Korean female writers. This book is the accumulated result of that interest and the academic endeavors it inspired.

This book examines the effect of Christianity in early modern Korea on the lives and literature of Na Hye-seok, Kim Il-yeop, and Kim Myeong-sun, who were the first generation of Korean new women and modern female writers within the history of modern Korean literature. More particularly, it examines how these female writers experienced and understood Christianity and, in turn, the various and creative ways in which they appropriated and expressed it in their writing.